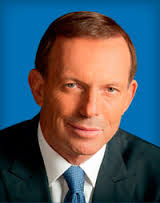 The main promise made by Tony Abbott’s final budget seems to have failed.

The small business package which was so central to Abbott’s final budget does not seem to have delivered the promised boost to the nation’s economy.

The package, dubbed “Tony’s Tradies package” was set to cost the budget $5.5 billion over 4 years. The aim of which was to provide a platform for the Abbott government’s re-election plans.

The package included a reduction in small business tax by 1.5 per cent and allowed firms with revenue under $2 million to claim an unlimited number of tax deductions for things under $20,000 each.